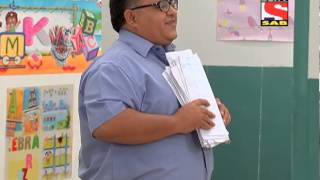 Baalveer finds a solution to destroy Chhal Pari - Despite of several efforts Baalveer was not able to defeat Chhal Pari. Baalveer gets a solution to kill Chhal Pari and urgently rushes to Gunj Lok. There in Manavs School, Teacher is surprised to see Montus interest in studies and also observes his answer sheets. Will Manav and Meher find out the truth Will Baalveer be able to kill Bhayankar Pari and Chhal Pari Baal Veer, is a kids based super hero show. It talks about a wonderland, Pari lok, where all the fairies reside. There are numerous fairies in Pari lok and each pari has her own basic characteristic according to their name..He is a human who is taken to Pari lok by fairies.. Baalveer is blessed with the power of the 6 fairies and with those powers he helps Manav and Meher and other kids in fighting against their fears. Baal Veer comes as a saviour for Manav-Meher and fights against all the odds in their life.For more information on your favourite show do visit SonyLiv and follow us on SonyLiv