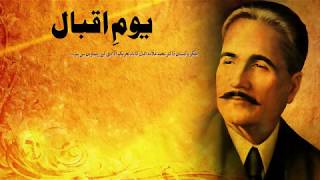 8 Qualities of Eagle Shaheen bird Why Iqbal choosed eagle for his Poetry- Abdus ...

Yōm-e Welādat-e MuḥammadIqbāl the Iqbal day is organized and celebrated on 9th November in Pakistan to tribute AllamaIqbal, the Poet of the East and an active Muslim political leader. The day is a public holiday in some provinces of Pakistan.AllamaIqbal was born at Sialkot on 9th November 1877. Undoubtedly Iqbal was not solely the best poet of the age, but additionally one of the several leading poets of all time. He didnt write poetry for poetrys sake but was in reality far more than a mere poet. His well-known literary works are Asrar-e-Khudi, Rumuz-e-Bekhudi, Payam-e-Mashriq, Zabur-e-Ajam, Bang-e-Dara, Bal-e-Jibreel, Zarb-e-kaleem and JavedNama. He was an amazing scholar, philosopher and thinker. He was also the political chief of fine significance. He clarified the ideal picture of the Muslim ummah. Iqbal explicitly negated the idea of the one nation of India and powerfully emphasised on the separate and distinct nationwide picture of the Muslims. On April 21, 1938, the magnificent Muslim poet-philosopher and champion of the Muslim cause, passed away. He is buried beside the Badshahi Mosque in Lahore. The Pakistani nation pays superb tribute to him yearly. Beside tribute of Iqbal Day, people all around the globe specifically PakistanisMUSTrefer and excessively study his splendid literally work to grow as individuals and ultimately as a nation.