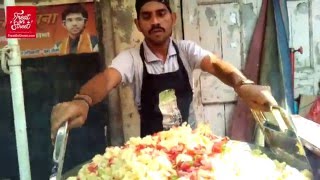 Original Pav Bhaji Recipe from a stall at Juhu Beach