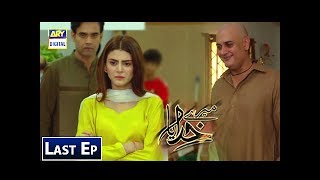 Download ARY Digital App To watch all the episode of Mere Khudaya Click Here Mere Khudaya highlights the importance of being aware of people in our surroundings as you may never know of their evil intentions, and what may reside behind their innocent faces. The story of this drama revolves around two close friends, Mehak and Aleena who study in college together and are the exact opposite of each other. Their lives get ruined because of Aleenas lies and deceit. Sajid, played by Shahood Alvi, is an evil man who works as a van driver and is known to learn girls secrets and blackmail them and eventually, rape them. Mehak, played by Saboor Aly, is a simple and innocent girl whose life gets ruined because of her selfish friend, Aleena. Aleena, played by Zubab Rana, has a bold and outgoing nature and is involved with a guy, Shahzad who is playing with her feelings. She ends up becoming the victim of Sajid. Aleena is unaware that Sajid, the van driver is secretly hearing about her affair, and stalking her to collect evidence and make her his next target. Aleena thinks that Mehak who knows all her secrets is blackmailing her, and ends up destroying her whole life. Kashif, played by Paras Masroor, is Aleenas brother who is a respected man. When he gets to know about her affair, she puts the entire blame on her friend, Mehak due to the fear of her brother. Zahid, played by Sohail Asghar, is Mehaks father who trusts Mehak blindly but he gets shattered when Aleena claims that Mehak is the one who is having an affair. Qasim, played by Hassan Niazi, is an owner of the store where Mehaks father works. He is an older man with two kids. Mehaks father gets both of them married after this whole fiasco. Written By Sameena Aijaz Directed By Shahood Alvi Cast ShahoodAlvi SaboorAly Zubab Rana Hassan Niazi Paras Masroor Sajida Syed Salma Hassan Shaheen Khan Sohail Asghar Shaista Jabeen Fazal and others. LastEpisode MereKhudaya ARYDigital