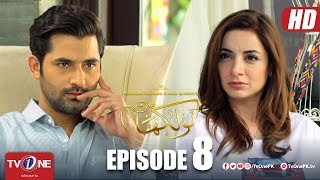 Naulakha Episode 8 TV One Drama 25 September 2018 to stay updated with new uploads. Starring Bushra Ansari, Sarwat Gilani, Behroze Sabzwari, Mirza Zain Baig, Kiran Haque,Syed Arjumand Azhar, Gul-e-Rana, Sana Askari,Fahad Mirza,Haris Waheed,Sanam Agha, Screen Play By Umera Ahmed Director Shehrazade Sheikh Writers Sana Shabbir Sandhu , Reema Ali Syed Producers Abdullah Kadwani Asad Qureshi Naulakha BushraAnsari, SarwatGilani, BehrozeSabzwari, TVOne Drama TVOnedrama Naulakha 7th Sky Entertainment Presents NAULAKHA A PRECIOUS NAULAKHA THAT DESTROYS THE FAMILY Naulakha wasnt the primary topic last night, but Zain Ali ZainAli. How can Shafaq KiranHaq forget her feelings for Zain Ali also, Tehreem SarwatGillani she was supposed to get hitched with Zain, as he promised but the poor guy himself didnt know about his engagement with Shafaq KiranHaq and that bothered Tehreem SarwatGillani to the core. Also, JahanAra BushraAnsari the reason behind the Naulakha and Zain Alis commitment snapped before Ahmed Ali, as Zain clearly said No for Shafaq, and met a shock when she found out the ultimate choice of Zain Ali. Will JahanAra and Shafaq be able to accept Zain Alis decision Watch Naulakha every Tuesday at 8 pm only on TvOnePk Watch Complete Episodes of TVOne All Dramas and Serials TvOnePK to TV One Global for unlimited entertainment Like us on Follow us on