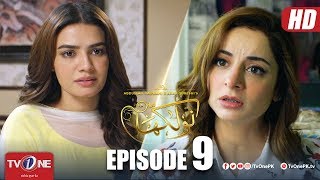 Naulakha Episode 9 TV One Drama 2 October 2018 to stay updated with new uploads. Starring Bushra Ansari, Sarwat Gilani, Behroze Sabzwari, Mirza Zain Baig, Kiran Haque,Syed Arjumand Azhar, Gul-e-Rana, Sana Askari,Fahad Mirza,Haris Waheed,Sanam Agha, Screen Play By Umera Ahmed Director Shehrazade Sheikh Writers Sana Shabbir Sandhu , Reema Ali Syed Producers Abdullah Kadwani Asad Qureshi Naulakha BushraAnsari, SarwatGilani, BehrozeSabzwari, TVOne Drama TVOnedrama Naulakha 7th Sky Entertainment Presents NAULAKHA A PRECIOUS NAULAKHA THAT DESTROYS THE FAMILY In Review Naulakha Shafaqs KiranHaque moist eyes with tears will Noor Jahan BushraAnsari be able to get her love back Its a famous saying that dont let two girls fall in love with you, boys. Its not the sort of things that ends well. Here in Naulakha Shafaq KiranHaq turned table for herself offering Zain Ali to Tehreem. SarwatGilani Ninth episode started with a bag full of tears and Shafaqs moist eyes. Also Noor Jahan still cant believe that Its an end to Shafaq and Zain Alis engagment. On the other hand Zain and TehreemSarwatGillani exchanged rings in a close ceremony where families sorted the dates and wished the couple much luck for their future. However, Shafaq KiranHaq and Noor Jehan BushraAnsari missed the ceremony despite of preparing everything for Tehreem. Maybe Zain Ali agitation made them took this bold step. However, in a chat with Tehreem, Shafaq did hold her emotician which as a viewer we didnt expect from the injured lover. Now, Tehreem and Zain are enjoying their days and Shafaq still thinks theres a chance, possibly because Noor Jahan has a caliber to turn tables, but the twist is least expected watching tenth episodes trailer. Have a look. Watch Complete Episodes of TVOne All Dramas and Serials TvOnePK to TV One Global for unlimited entertainment Like us on Follow us on