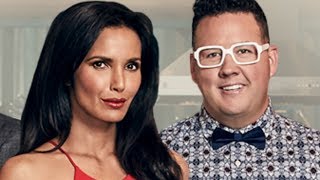 The Biggest Scandals Ever To Hit The Food Network

10 Times Gordon Ramsay Made You LOVE HIM

10 Fast Food Chains That Are STRUGGLING To Stay In Business

Famous Kids Who Ruined Their Careers

Bravos Top Chef has been on the air for 16 seasons, and over the years its definitely seen its fair share of drama. From reported wage theft to alleged assault, heres what scandals have the network saying, Please pack your knives, and go. Marcel Vigneron first appeared on Top Chef season 2. And though it was clear from the beginning that he was wildly talented, hes been called the quote, most-popular but least-liked contestant, per the Las Vegas Sun. But things got out of hand one night when Vigneron and fellow cheftestants Ilan, Cliff, and Elia were left alone in their house on the final night of filming, with just a handheld camera to record footage. Everyones story differs, but what the camera showed was Cliff pinning Marcel to the ground in an attempt to forcibly shave Vignerons head, while the others watched. Cliff put Vigneron in a full nelson, at which point Vigneron was able to get away. Judge Tom Colicchio was so enraged by the incident that he wanted to have all four of the participants in Marcels assault to be sent home, which would have made Vigneron the winner by default. Instead, producers intervened, and only Cliff was sent home the next day. Watch the video to find out about more scandals that will sadly plague Top Chef forever TopChef Bravo Marcel Vigneron is assaulted on the show 015 Mike Isabella is accused of harassment 118 John Besh is edited out 222 Graham Elliot is sued for withholding tips 328 Alex Reznik steals a dish 413 Paul Qui is arrested 510 Top Chef asks Texas to pony up 610 Top Chef Canadas horse meat incident 723 Boston teamsters target Padma Lakshmi 830 Tom Colicchio is sued for wage theft 943 McInnis and Booth scam their own joint 1052 Replacing the original host 1204