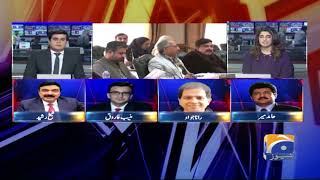 Federal Cabinet gives approval to remove Nawazs name from ECL ISLAMABAD The federal cabinet has agreed to remove former prime minister Nawaz Sharifs name from the Exit Control List ECL on Tuesday, paving the way for him to seek medical treatment abroad. A meeting of the sub-committee of the federal cabinet earlier had failed to arrive at a decision on whether or not to remove former prime minister Nawaz Sharifs name from the ECL. However, after the sub-committee reaches a final decision on the matter, further approval from the federal cabinet will not be required. The former prime minister will have to deposit security bonds. A conditional approval to remove Nawazs name from the no-fly list has been given by the government, claim sources. The committee is to discuss an application filed by the PML-N President Shehbaz Sharif seeking removal of Nawazs name from the ECL on humanitarian grounds. During the hearing today, the National Accountability Bureau NAB refused to give an opinion on the issue, saying that the federal cabinet had the authority to remove anyones name from the no-fly list. The accountability bureau said it had no objection to the governments letter and neither had it given approval for it. Federal Law Minister Farogh Naseem is presiding over the committee meeting. A personal physician of the former prime minister as well as PML-Ns Deputy Secretary Attaullah Tarrar are also part of the meeting along with Special Assistant to PM on Accountability Shahzad Akbar. Sources told Geo News that government officials in the meeting were of the opinion that a clear answer by NAB was needed before Nawaz could fly abroad. Air ambulance for Nawaz to arrive tomorrow Marriyum Aurangzeb An air ambulance will arrive in Lahore on Wednesday to take Nawaz Sharif out of the country for treatment, PML-N spokesperson Mariyum Aurangzeb said on Tuesday. The partys Twitter account quoted Aurangzeb as saying that the doctors will start preparing Nawaz for his travels today. She added that the doctors will use steroids and other medicines to ensure that the former prime ministers platelets are up to the levels that will be required for traveling. The PML-N spokesperson said that the doctors instructed the family to get an air ambulance yesterday in view of the three-time prime ministers health. The spokesperson repeated that the doctors have urged that the sooner the PML-N supremo is moved out of country the better it would be for his health. Aurangzeb said that the biggest challenge that the doctors, who will treat Nawaz abroad, will be in identifying the diagnosis and determining the reason behind the low platelet counts of the PML-N leader. She added that the former premiers health is deteriorating day by day.