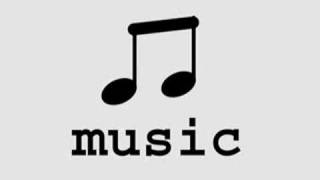 So you want to be an architect - Part 2

A Day in the Life of an Architecture Student

How To Draw A City Using Two Point Perspective

15 Tallest Building in the World 2019 That Have Completed Construction

5 Things Under 20 Every ARCHITECT Needs

I want to be a landscape architect...

Inside My Sketchbook An Architects Sketching Tools

The path of an architect, Part 3

What does an Architect do

25 WORST Architecture Fails You Have To See To Believe

Hi. My name is Doug Patt. And this is So You want to be an Architect A seven part series exploring the architect. This is lesson two. What does an architect make On the surface this sounds like a dumb question. An architect makes buildings. But if you look below the surface youll see that the answer is much more meaningful. Ralph Waldo Emerson who lived from 1803 1882, was a well-known writer, philosopher and poet. He said of Greek architecture, it is the flowering of geometry. Translated, Emerson was referring to the Greek architects elaboration and mastery of shape and form. Anne Louise Germaine de Stael who lived from 1766 1817 is a little known Swiss author who lived in Paris and abroad. She is quoted as saying architecture is frozen music. In simple terms her comment means that architects make a kind of static harmony of sound. Philip Schaff who lived from 1819 1893 was a Swiss born, Protestant theologian. He said, architecture is a handmaid of devotion, a beautiful church is a sermon in stone. Elaborating a bit on Shaffs comment we can imply that architecture, like a sermon, is also a kind of message or story. And finally John Ruskin an author, poet and artist who lived from 1819 1900 said of architecture that the mere sight of it, may contribute to his mental health, power and pleasure. In other words architecture is an Inspiration. So, lets move beyond the specifics of what each person what referring to and draw some general conclusions. In simple terms, these four individuals tell us then that an architect makes form, stories, music and inspiration. So lets take a look at a couple examples of each. When I think of architecture as shape or form I think of Frank Gehry, famous for pushing the limits of modern technology while creating monuments to modern engineering and form making. Some examples of this are his museum in Bilboa, the Stata Center or his Disney concert hall. When I think of architecture telling me a story I think of Frank Lloyd wrights Guggenheim museum that tells a story from the outside about how one moves through the spiraling galleries on the inside. Or the Pompidou center in Paris that tells a color-coded story from the outside about the mechanical inner workings that make this machine like building function on the inside. When I think of architecture as beautiful music I think of the buildings of Eero Saarinen whos work resembles naturally soaring forms as they strain to hit the high note or the way Frank Lloyd Wrights falling water harmoniously blends into nature and almost sings with the waterfall it sits above. When I think of architecture as an inspiration I think of the great cathedrals of Europe the US or the great skyscrapers of our cities. So while some may think that architecture is just about making buildings you know that making architecture is about making much more than just a box with windows. Its about making form, story, music and Inspiration. And that concludes the second part of our video series so you want to be an architect. Im Doug Patt. See you next time on how to architect.